skip to main | skip to sidebar

With two trips already to oregon this spring, we have nocked off a fair share. Including what we are now starting to call triple crowns. (any given 3 70+ foot waterfalls)

Trip one started out as i rallied to oregon to meet up with the beaver lodge boys and Rodrigo Tuschner, who is on his first ever trip to the USA. With rough crowd of beat up beaver boys we stuck to the more common run and made laps of the little white and white salmon. 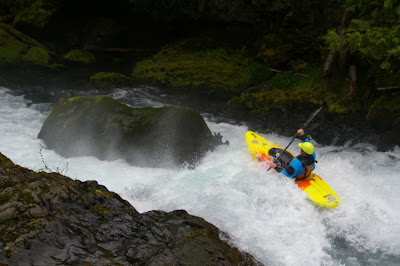 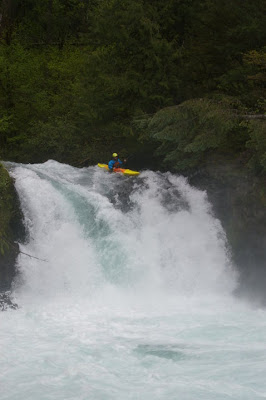 Later in the week Rodrigo and i decided to run off for a morning and head down to money drop outside of Stevenson, WA. With a fairly low flow we decided to say the hell with it and launch again. Rorigo went first a went a hair over the bars. But came away unscathed. I followed next and had a sweet smooth line. With our quick mission to avoid being seen we rallied out and called it a week. 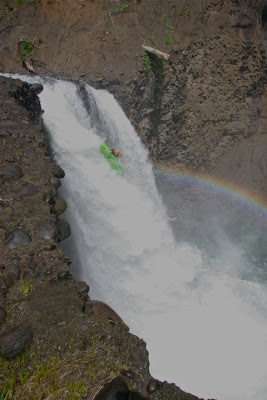 After returning home and realizing it was still in full winter with sideways snow coming down, Tyler gave me a call and we we're off on round two oregon huckfest. Loading up with our buddy Ried Morth (www.morthphotography.com) a sweet skate and snow photographer looking to get into shooting waterfalls.

First stop was Eagle creek just down the road from Hood River. Here we found ourselves in on the the more terrifying things we have ever done, flying down waterfalls in the middle of the night, experimenting with flash photography. Strapping a few glow sticks to our paddles for illumination we began our midnight carcass hucking of punchbowl falls. An interesting sensation when its hard to tell wether one is upright or not falling into a black oblivian. just as the flashes pop and blind you into freefall.

The next morning we awoke for a quicker and easier mission of flying off metlako falls. This was tyler's 4 time and my 2nd time over the falls. I went first and exploded my paddle, dam brand new. Followed by tyler who decided to throw his paddle. A suggested way to run Metlako and most any drop over 70 feet to avoid destroying gear. 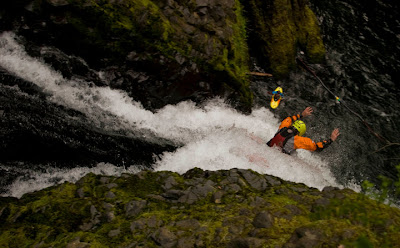 The next morning we awoke early and made the drive around to the otherside of mount hood and off to the salmon river gorge. With high levels we went up the trail with one intention, Final Falls. The 75 foot tall falls that has a fairly nasty entrance and a tricky ledge that it hit about 5 feet below the lip. After making the hike to the top we dropped into frustration falls and began our descent of the river. Where we boofed off the 20 footer and began our scout of the massive drop. Not liking the entrance i decided to jump and run safety for tyler below. Alway a large jump sometime i prefer the freefall in a kayak. Then i watched tyler come off the lip and soar over the bars into the pool but manages to roll up. Then our four mile paddle out to the car and back over to the beaver lodge again.

Back to hood river it was and with the arrival of a group of kiwis i was yet again convinced to put the boat on my shoulder and march up eagle creek. As it was off punch bowl down to the lip of metlako and flying through the air again. This time i went last as sam, bradley, and ryan all wanted to get the drop over with. Sam took a large hit punching himself in the head and coming away concust. 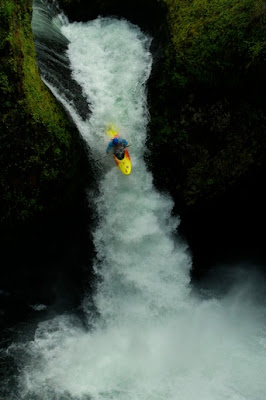 One more lap down the little white and it was time to head home. Back to Montana and hoping to see warmer weather and the beginning of the snow melt.
Posted by ianyakgarcia at 12:57 PM No comments:

Posted by ianyakgarcia at 10:40 AM No comments:

Return from the chile season 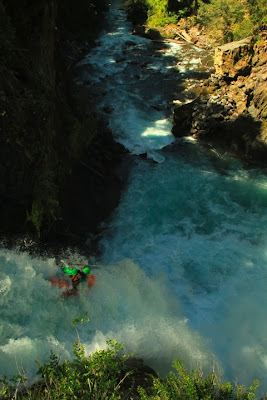 After spending 9 and a half months in Chile i have finally returned back home. It was a long season with an amazing amount of water accumulating to an amazing season of paddling. While there was a lot of time spent sitting around while the rain pounded outside, the sun did occasionally shine. Already having paddled many of the rivers in the country it is still amazing that we are able to find new drainages, new drops and continue to push our selves n this one country. 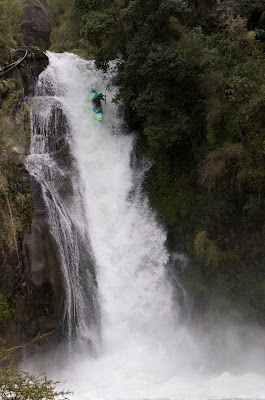 Tres Saltos, at one point i think we hadnt seen the sun in over a month and it seem every other day we were making our way up the liacura valley paying our 700 pesos per person and launching over the falls. When the winds were slamming the house and we were tired of sitting around the shit shack, three bedroom house, where 10 people were crammed in on top of each other, there was simply nothing else. 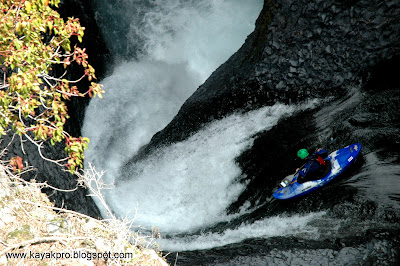 Entre Saltos of the Rio Claro, We were able to get a handfull of laps down this canyon containing some of the most dynamic drops i have ever seen in the world. Places where the canyon pinches down to only boat width. It will be interesting to see how this canyon is for the next season as the massive earthquake that struck chile has opened a hole in the bed rock and people have now found that the lower section of the claro has run dry! We will have to wait and see next season if salto caracoal still exists. 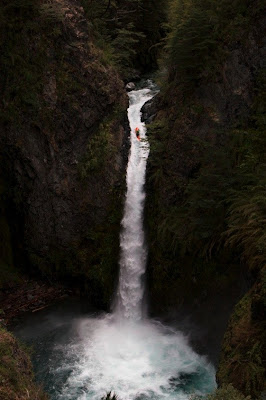 Salto Bonito in Argentina. The location of where Rush Sturges broke his back. It was my second time to run the falls, and this was our second visit to the falls this season. The first visit myself and tyler bradt walked away feeling that the water was too low. On our second visit i was accompanied soly by Rush, and the water level was no different. I went first and had a good line but was violently ejected from my kayaks and left with two black eyes due to the very green pool below. Next was Rush, as he came into my sight the only thing i saw was the bottom of his kayak flying threw the air FLAT. As he landed we spent time waiting to see how he felt and then began our 300 ft accent out of the gorge, using ropes and tib-locs we accended from the canyon and found ourselves in barriloche awaiting x rays and the bad new. I am happy to say Rush has made a full recovery and is now back on top paddling. 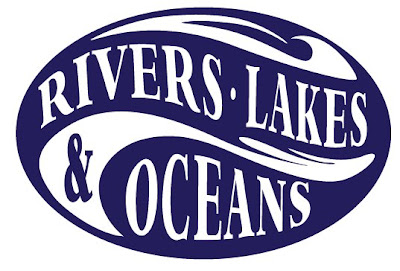 On a side note, Rivers Lakes & Oceans, our new company has taken off and having finished our first year of importing kayaks, rafts, and canoes we are looking forward to our next season of international sales. For more information you can visit our website, www.rioslagosmares.com. As well for any kayakers looking into coming to chile next year, the airlines are getting stricter and stricter on flying with kayaks. We can help there with nearly every model of white water kayak in stock. Look us up!
Posted by ianyakgarcia at 2:50 PM No comments:

ianyakgarcia
Follow my adventures, i hope to show more photos than words i tend to find that being what people really want to see